From FritzWiki
Jump to: navigation, search
http://www.fritzfreiheit.com/wiki/Liberty_IV_Publishing is best viewed with JavaScript turned on. 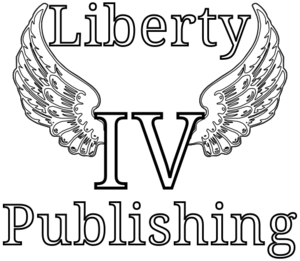 Liberty IV Publishing is Fritz Freiheit’s publishing imprint established in 2011 with the publication of Fritz’s second novel, Dispensing Justice. Liberty IV is intent on bringing action-adventure science fiction that harks back to the golden age of space opera, but with a strong dose of modern SF, drawing from the sub-genres cyberpunk, new space opera, alternate history, and superhero fiction.

All Liberty IV Publishing products are DRM free. When purchasing a print copy through Amazon, the Kindle ebook is free. (e)

Chronicles from the Nexus

“The characters are entirely grand…The setting is also a huge amount of fun.” — Scott Slemmons

In 1947, a near-Earth supernova's wavefront washes the solar system with cosmic radiation. Thirty seven years later, high school freshman Michael Gurick's father is killed by supervillains. Michael takes up his father's super-identity to seek justice—or will it be revenge?

After witnessing his superhero father death at the hands of four cyborg supervillains, Michael has sworn to bring his father’s killers to justice. If fitting into his father’s battlesuit isn’t problem enough, Michael must survive one friend’s wanna-be ninja younger siblings and another friend’s developing telekinetic powers. Then there’s his mother’s obsession with cleaning the house over and over, a shape-shifting government agent, and, oh yeah, his high school grades. They keep threatening to move into A+ territory, bringing unwanted attention when he just wants to assemble enough weapons to take down four killer cyborgs. Dispensing Justice is the first book of Nova Genesis World, a science fiction superhero series set in an alternate 1980s.  (e)

You don’t get to choose what piece you are, only how you play the game...

High school sophomore Penny's life is complicated. She's had to dump her most recent boyfriend even as she watched two of her best friends start dating each other; ride herd on her two superhero-crazy younger siblings; deflect passive-aggressive attempts by her mother to dictate her career choice; and help her best friend take down his father's killers. If all that wasn't enough, she is attacked without warning. Penny's worst fears are realized as she defends herself, not just fending off her mysterious attackers, but literally taking them apart.  (e)

“My name’s Vance Coreman and I see things that other people don’t.”

The question of whether Vance was dead or not became more than academic when he found himself in a bathtub up to his chin in ice water like some forgotten cocktail garnish, a demonic woman standing over him, and no memory of how he got there. But that question was one among legion, because what memories he did have were as comforting as a blackjack in the dark. So it wasn’t surprising when he found out that trouble was his business, and business was kicking his door down.  (e) 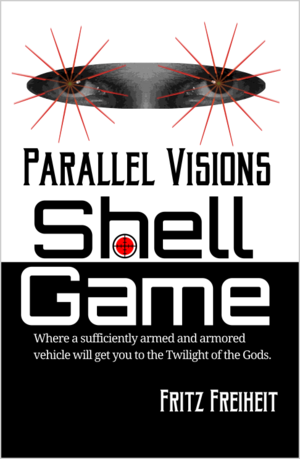 Vance Coreman is dropped into a realm with the mission to destroy the cloning facilities of the elites. Still hunted by the Council of Architects, Coreman drives for his life in an armed and armored vehicle eluding bounty hunters and hordes of waste raiders as around him the world is twisted to the purpose of those who hunt him.  (e)